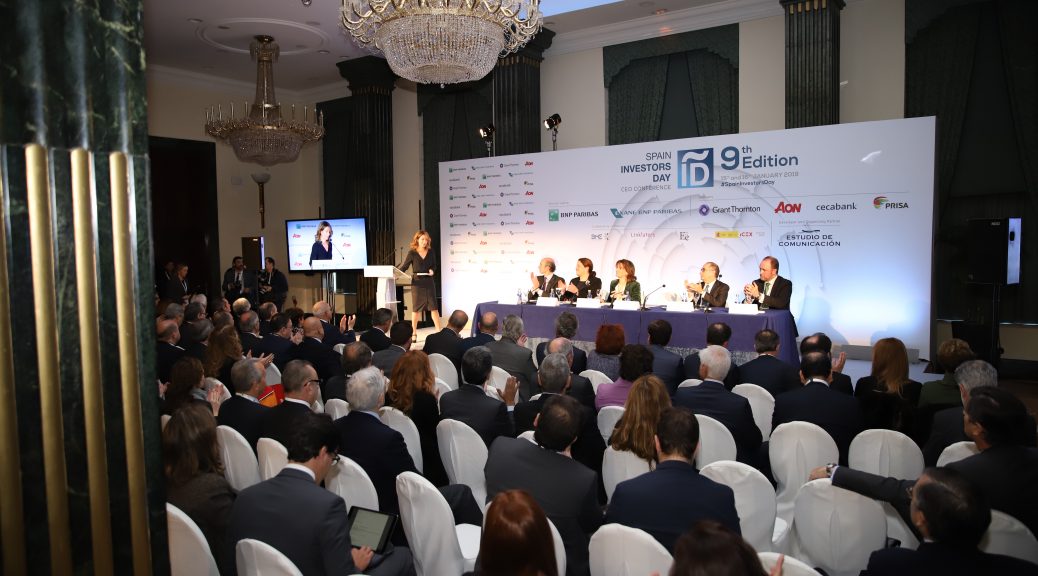 His Majesty King Felipe VI will chair the Honorary Committee of the 10th edition of the Spain Investors Day (SID) international financial forum, which will be held on the 14th and 15th of January in Madrid, as confirmed today by the SID governing board. The meeting will bring together, for two days, international investors from various countries with Spanish listed companies and with the most outstanding members of the economic board of the new Government.

At the beginning of the year, the SID has become the ideal scenario for the Government to present its economic plans to investors and for companies to advance their results from last year as well as their budgets for 2020. “We will work to ensure that investors are fully aware of the situation of the Spanish economy and that listed companies can present their future plans to as many large funds and financial institutions as possible” claimed Benito Berceruelo, President of the SID.

The organizers expect to exceed the figures reached in the previous edition of the SID, with 40 large listed companies, more than a hundred and a half investors and the participation of about 1,200 guests from the business and financial world in the opening events, lunches, official dinner, plenary meetings and meetings one-to-one between companies and investors.

2020 will begin with uncertainty all over the world due to the global economic recession, the changes that a hard Brexit could generate, the trade wars between the great powers or the decrease in industrial production throughout the euro zone. When it comes to Spain, we are facing a reverse process in the international investment and a new political situation after last elections. “It is a context of economic and political uncertainty that worries investors and makes it more necessary than ever to explain and debate the public action in economic and budgetary matters, so that we can generate trust before the international investors community”, adds Berceruelo.

The strategic partners that make the Spain Investors Day forum possible are BNP PARIBAS, European leader in financial services, and EXANE BNP PARIBAS, one of the main mediators in European equity, and the forum is sponsored by international firms such as GRANT THORNTON, one of the world’s leading audit, tax and financial advisory firms, and AON, a world leader in risk management services, insurance and reinsurance mediation, and social welfare and human resources consulting. This meeting is also supported by CECABANK, PRISA, BME and the public entity ICEX. Participating as collaborators are ICO, LINKLATERS and EQUIPO ECONÓMICO. The promoter and the organizer of Spain Investors Day is ESTUDIO DE COMUNICACIÓN.

Governing board of Spain Investors Day is: